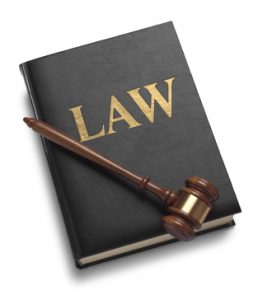 A defendant in custody and facing state charges is entitled to post bail and be released pending their criminal case.  San Diego Criminal Judges typically review bail amounts at arraignment but a defendant is entitled to a special Bail Review Hearing within 72 hours of his/her arraignment.

Bail Review is a judge determination to allow whether and on what terms a defendant can post bail and be released from jail. There are 4 possible outcomes:

Additionally, a judge can impose various requirements that the defendant must comply with while out on bail.  Common requirements may include attending alcohol or drug classes, no-contact orders and documentation of the source of bail funds.

Bail is the name given to the process of releasing the defendant from custody so that he or she can continue his/her normal life and still attend criminal court hearings.

It can’t be used to punish the defendant.  The primary purpose of bail is to ensure that the defendant attends all court hearings or shows up for custody and obeys all court orders.

A bail review hearing is a general hearing in front of a Judge or Magistrate to determine whether and what amount is proper for the posting of bail.

Penal Code § 1275 requires that a Judge or Magistrate take into account several considerations when deciding to either increase or decrease the amount of bail.  Those considerations include:

Judges determining the appropriate amount of bail generally increase bail for offenses involving violence against others, crimes where a firearm was used and cases involving moderate to large amounts of controlled substances.
A judge that reduces bail lower than that of the Bail Schedule must give his/her reasons why on the record.  Having an attorney that knows and understands what San Diego Bail Review Judges are looking for can go a long way in helping reduce bail.

Depositing Bail & at What Amount?

Bail can be posted after an individual is arrested and booked. Penal Code § 1269b allows San Diego Jails & Detention Facilities to accept cash or “surety bond” (ie bail bond) to secure the release of the prisoner before seeing a judge.

The amount acceptable is determined based off either the warrant of arrest or, more typically, San Diego’s Bail Schedule.  The bail schedule is a document with predetermined amounts of bail for all felony and misdemeanor charges.  It’s reviewed yearly by San Diego Judges and is widely distributed.

The other way to get a fixed price for bail is to wait for a judge to set it.

Posting bail before the arrestee has seen a judge is typically more expensive.

If your loved one is in jail and you are thinking of posting bail, give our San Diego Bail Review Attorneys a call for a Free & Confidential discussion of the situation by calling 619-452-2539 or emailing us at attorneys@hullingerfirm.com.

Retaining an attorney that can prepare and present the arguments necessary for reducing bail will go a long way to getting your loved one out early and at a lower cost.