Defense of Another Person 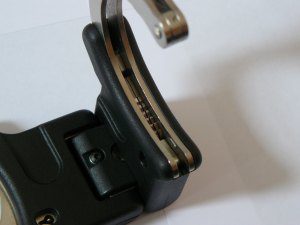 San Diego Defense Of Another Attorney

Defense Of Another is a complete defense to a crime.  Self-defense occurs when the use of force is necessary to assist another to avoid imminent danger of suffering bodily harm or unlawful touching.  The key word for Defense Of Another is “imminent.”  Belief in future harm is not sufficient no matter how great or likely that harm is believed to be.  Defendant must have believed the harm was an immediate threat.

When substantial evidence supports a theory of Defense Of Another, the burden is on the government to show beyond a reasonable doubt the act was not in Defense Of Another.  This is true whether the crime charges is homicide or a non-homicide charge.

A person is Not Guilty of a non-homicide crime where…

When determining whether the defendant’s belief’s were reasonable, the jury must consider whether a reasonable person in a similar situation with similar knowledge would have believed the act was reasonable considering all the circumstances as they were known to defendant at the time.

Remember, even if the danger does not actually exist, so long as the defendant reasonably believed that it did, he is entitled to use force to defend another.

When determining whether defendant’s beliefs were reasonable, the jury can consider…

If you or a loved one are accused of a San Diego Criminal Offense and the Crime was committed in Defense Of Another, give our Defense Attorneys a call for a Free Analysis by calling 619-452-2539 or emailing us at attorneys@hullingerfirm.com.