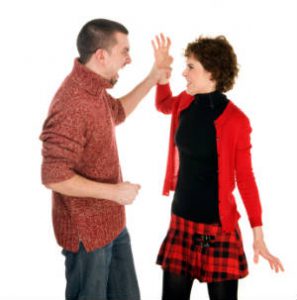 Federal Statute 18 U.S.C. Section 922(g)(9) prohibits persons who have been “convicted in any court of a misdemeanor crime of domestic violence” from possessing or receiving a firearm. This law defines a misdemeanor crime of domestic violence to include only an offense that has As An Element “the use or attempted use of physical force, or the threatened use of a deadly weapon.”

In other words, if “the use or attempted us of physical force, or the threatened use of a deadly weapon” is not an element of the crime you were convicted of or pled guilty to, then you Will Not have a lifetime ban on owning or possessing firearms.

Here is an example:

Penal Code 273.6(a) is a popular plea bargain that criminal defense attorneys negotiate for clients facing more serious State Domestic Violence Charges.  The elements for this conviction are as follows: “any intentional and knowing violation of a protective order… is a misdemeanor punishable by a fine of  not more than one thousand dollars ($1,000), or by imprisonment in a county jail for not more than one year, or by both.”

Even though this is a misdemeanor conviction, and the facts of the case may have involved the use or attempted use of physical force or use of a deadly weapon, the PC 273.6(a) charge itself does not require those facts to be proven as elements of a crime.  Therefore, PC 273.6a is not considered a “Misdemeanor Domestic Violence Conviction” under Federal Law.  Which means you Will Not have a lifetime ban on owning or possessing a firearm.

However, PC 273.6(a) is one of forty Special Misdemeanors that result in an Automatic Ten Year Ban on guns.  To learn more about these types of misdemeanors, visit our Main Restore California Gun Rights page.

You deserve the best!