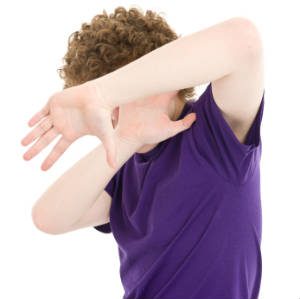 Assault is an willful act that would probably and directly result in the application of force on a person by a person who has the present ability to apply such force.

San Diego’s assault law is primarily found in Part 1, Title 8, Chapter 9 of the California Penal Code. It is a crime that is committed against another person and is often referred to as an “attempted battery”. Although assault and battery are often referred to in the same sentence as being the same thing, they are both legally distinct theories of law.  In fact it’s impossible to be convicted of battery and assault at the same time because assault is a necessary element of battery.

What Must the Government Prove?

In order the be found guilty of PC 240 or, simple assault, the prosecution must show 4 facts beyond a reasonable doubt:

The inability of the prosecutor to show just one fact, entitles you to an acquittal of the charge.  As San Diego assault lawyers we employ investigators right from the moment we are hired to visit the alleged crime scene, talk with witnesses, victims and gather the true facts.  This front-loaded approach gives your case powerful evidence used to convince the prosecutor to dismiss charges or negotiate to lesser charges.

Types of Assault Under California Law

Assault is generally broken into 2 different classes with the distinction being increased fines, jail and prison sentences based off various enhancements:

Simple assault can be elevated to more punishment (increased fines, jail, community service, etc) depending on whom the alleged assault was committed against, place where it occurred or if certain items were used.  In the most egregious situations, felony assault carries up to 144 months in California State Prison.

The following assault charges are misdemeanors under California law and carry local jail time up to one year:

*Wobbler Assault – Can be filed either as Misdemeanor or Felony Assault

Assault carries severe penalties if convicted.  These include

What We Can Do?

We are experienced and skilled Criminal and Assault Defense Attorneys.  We diligently and confidently represent those charged with Assault in Court.  We can conduct an independent investigation, gather the facts, obtain and review the government’s evidence, and argue for dismissal, acquittal or reduction of charges to lesser offenses.

An Assault Charge can have serious consequences.  Hiring the right attorney may be the difference between a conviction and a dismissal.  Take back the Upper Hand.  Our defense attorneys are the best in the business:

If you have been charged with Assault, we offer a 100% free Consultation by calling 619-452-2539 or emailing us at attorneys@hullingerfirm.com.  Talk to one of our experienced criminal defense attorneys today and take back the upper hand.