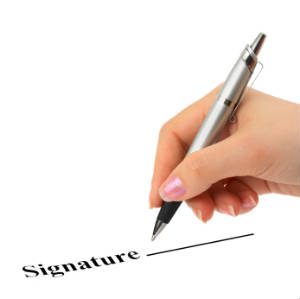 The illegal forgery of documents, currency and goods in California is strictly prohibited under the California counterfeit law. Counterfeiting can be clearly stated as knowingly creating, manipulating or altering any goods that imitate the original one with an intention to sell it as genuine. When goods are involved in the case, then counterfeiting is a matter of clear trademark infringement and patent infringement. But counterfeiting of money is much more serious in nature and is treated under the federal law.

Selling an item with a fake or counterfeit label in California without the manufacturer’s consent is considered to be a criminal offense under trademark violation rules and is liable to face criminal consequences. The California penal code section 350 clearly states counterfeiting of goods in California as a serious crime so that the punishments for such conduct includes jail, prison and fines.

The common violations of the California forgery or counterfeit law under this section include:

Any resident of California who knowingly creates or manipulates a financial instrument with the clear intention to defraud another individual or a business is guilty of counterfeiting. You have to face federal conviction if you engage in counterfeiting federal currency or any other interstate commerce using counterfeit goods. The counterfeit of money includes:

Facts to be Proved by the San Diego Prosecutor

In order to convict you under the California counterfeit law, the prosecutor must prove the following elements. These elements often depend on the nature of the criminal charge.

The prosecution must make strong and cemented points against the defendant to prove that he/she had intentionally committed the counterfeiting crime in California.

An experienced criminal defense attorney of the San Diego law firm of The Hullinger Firm would be your perfect choice to handle any sort of counterfeit charges in California. If you are convicted of counterfeiting in California, you need to hire an attorney who excels in this arena. The possible elements of defense include:

Depending on the nature of the case and criminal history of the convicted person, the California counterfeit law under penal code section 470(a) PC may be considered as “wobbler” offense where the charge can be treated as misdemeanor or felony. The size and scale of the charge often determine the level of punishment. A counterfeit charge is a serious federal offense that demands striking penalties. The possible sentencing and penalties for counterfeit charge in California include:

Should You Hire a California Counterfeit Lawyer?

Counterfeiting is a critical criminal offense in California and you need an expert lawyer to strongly defend you in the court.

Get your counterfeit case on the right track with the San Diego Defense Attorney of The Hullinger Firm. You deserve first class representation and only an expert lawyer can produce successful results!