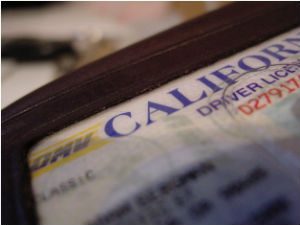 Driving on a Suspended or Revoked License In California

In California, your driver’s license can be suspended for several reasons, including: DUI, FTA/warrant, medical issues, possession of drugs, too many traffic points, civil default judgment, failure to carry an auto liability insurance policy, and failure to pay child support.

Understanding why your license is suspended is essential to resolving Driving On Suspended License Charges.  Driving is a privilege and the right to a license can be terminated or revoked by the California DMV or Competent Court.  If your license is suspended, and you are caught driving, your car will be towed and you will be charged with California Vehicle Code § 14601 et seq. otherwise known as Driving on a Suspended License.

Driving on suspended/revoked license is strictly prohibited according to California Vehicle Code 14601 and its related sections.  Driving on a Suspended Driver’s License (DSDL) is not a traffic infraction, rather it is a misdemeanor criminal charge, subjecting you to substantial fines and possible county jail time.

Each of the vehicle code violations pertains to the same nature of offense – driving on a suspended license in California. It is your responsibility to be aware of the status of license and you can be convicted of these charges only if the prosecution is able to prove that you were driving with clear knowledge about your status of suspended license. This key difference between vehicle code 12500 that prohibits from driving without a valid license and vehicle code 14601 is the knowledge about the status of license.

When Can Your Driver’s License Be Suspended or Revoked In California?

A comprehensive list of offenses are detailed in California Vehicle Code Sections 13100-13376 that may lead to the revocation of your driver’s license.  The privilege to drive a vehicle can be suspended by the DMV according to the California vehicle code 14601.

According to the California vehicle code section 14601(a), it is prohibited to drive a vehicle with a suspended or revoked driver’s license in California. The driving privilege can be taken away by the Department of Motor Vehicles (DMV) due to:

When the DMV notifies you about the revocation or suspension of the driving license, quick action is necessary to solve the issue and you have to request a hearing within ten days.

It is illegal to drive a vehicle with knowledge that the DMV has suspended or revoked your license. Vehicle Code (VC) Section 14601.1 (a) point out that it is clear violation of the rules through general offenses.

Privilege Suspended or Revoked For DUI

According to California Vehicle Code 14601.2(a) CVC, it is a serious offense to drive when your license was suspended or revoked because of a “driving under the influence (DUI)” conviction. The DMV can suspend or revoke the license due to DUI violations and related offenses that include refusal to take a breathalyzer test.

You can be titled as a habitual traffic offender if you were involved or convicted in any offenses given below:

The habitual traffic offenses are detailed under the California vehicle code 14601.3 (a) VC and it strictly prohibits a person from habitually driving on a revoked or suspended license.

General Reasons For Suspension or Revocation of License

Your license can be revoked or suspended due to certain general offenses including:

There are several other general issues and the California vehicle code 14601.5 (a) vc considers it a crime to drive in California with a license suspended or revoked due to the above factors.

Once a person’s privilege to drive is suspended or revoked, it is treated as an additional criminal offense to drive with a suspended or revoked driver’s license and is criminal misdemeanor in California. The potential consequences of being caught for DSDL are really alarming even if you are aware of the status of license or not.

Facts San Diego Prosecution Must Prove to Convict You

The prosecutor’s office must prove two elements (or facts) in order to convict the defendant of driving on a revoked or suspended license.

The prosecution must prove that you had full knowledge about the status of your license and it can be shown by:

What Are The Penalties and Punishment For Driving on a Revoked or Suspended License?

Driving on a suspended or revoked license is a misdemeanor offense according to the vehicle code section 14601 and the penalties vary depending on the reason for suspension or revocation of the license. The driving history and prior convictions for driving with revoked or suspended license would determine the nature and depth of punishment. If the offense is not related to DUI, the sentencing includes:

For the first offense, a minimum fine of $300 and maximum fine of $1,000 can be charged, plus penalty assessments and/or imprisonment for five days to six months.

For the next offense within five years, the penalty ranges from $500 to $2,000 plus jail time of ten days to one year.

What Defenses Are There For Driving On A Suspended License Charge?

The law can only punish you if you have full knowledge about the suspension or revocation of the license. You can defend the charge if:

Do I Need the Assistance of an Expert California Traffic Lawyer?