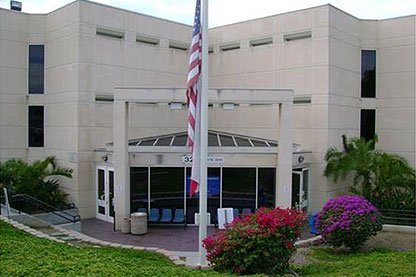 The Vista Detention Facility (VDF) is classified as a Type II Facility by the Board of State and Community Corrections (BSCC). VDF serves as the primary point of intake for male and female arrestees in northern San Diego County.

Opened in 1978, VDF sits on several acres of developed land which is owned and operated by the County of San Diego. The facility has been remodeled twice. In 1989, VDF expanded an additional 576 beds, bringing its total to 886. The current BSCC rated capacity is 825 beds. VDF is just one building in the massive North County Regional Center complex (NCRC). Other buildings include the North County Superior Courts, Vista Sheriff’s Station, and the North County Law Library. All buildings with the exception of the Law Library are physically connected.

The population at VDF consists primarily of inmates awaiting court proceedings for North County cases. Our special handling inmate population consists of those with medical challenges, those under psychiatric care, an administrative segregation unit, as well as defendants facing high-publicity trials.