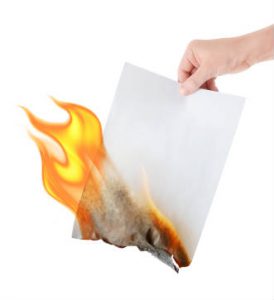 The attorneys at Hullinger Firm are San Diego Arson Defense Attorneys. Our criminal defense attorneys defend Arson and related charges in all San Diego Courthouses.  If you or a loved one are facing Criminal Charges for Arson or Possession of Flammable Materials call us at 619-452-2539 to schedule a Free consultation.

Arson is a felony.  California’s Arson law is found in Chapter 1 of the California Penal Code, Part 1, Title 13.  Many Arson cases are charged under California Penal Code § 451.  Because of fire’s destructive force the District Attorney’s Office and Law Enforcement devotes significant time and money to prosecuting Arson Offenders.  A conviction for Arson is punishable in California State Prison up to 108 months.

The California Penal Code recognizes a number of different charges for Arson:

Each case is unique but San Diego Courts and Judges recognize several defenses to arson, including the following:

A successfully prepared and executed defense will absolve the defendant of Arson or significantly reduce exposure to its penalties.

In order to be found guilty of Arson, the prosecutor must prove the defendant:

All of these elements (facts) must be proved beyond a reasonable doubt.  Failure to prove one element, or defense presents facts to negate an element, entitles the defendant to an acquittal of the Charge of Arson.

In addition to the above criminal charges, California Penal Code § 451.1 prescribes enhanced penalties if any of the following apply:

Attempted Arson is governed by California Penal Code § 455.  It is a crime to attempt to commit arson in the County of San Diego.  Attempted arson is a felony with punishment in California State Prison between 16 and 36 months.

If you or a loved one are facing Charges for Arson Schedule a free Consultation by calling 619-452-2539 or emailing us at attorneys@hullingerfirm.com.  Talk to one of our experienced San Diego arson defense attorneys today.